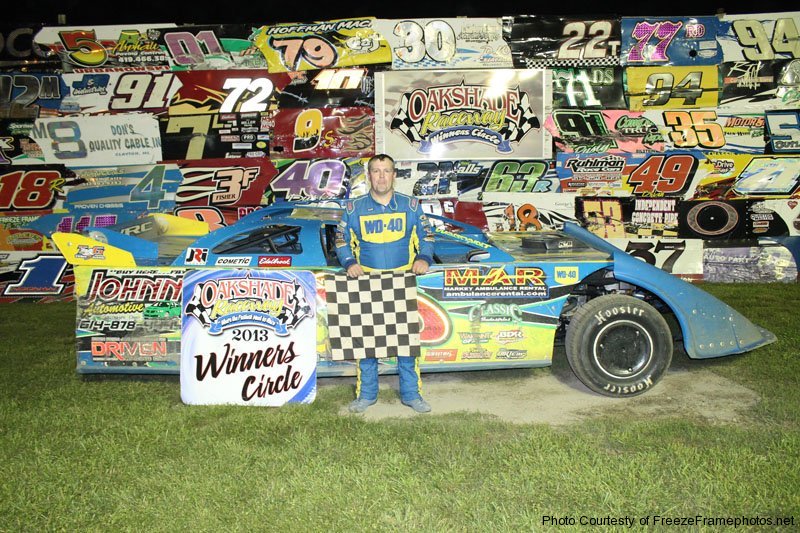 After three consecutive weekends with rain-outs, Mother Nature blessed Oakshade Raceway with a beautiful Saturday night for some intense racing action and a lot of winners on and off the track. It was a conglomeration of events from the past couple weeks that included Memorial Night lap sponsorships from last week and the Night of Wheels bike giveaways in addition to a full racing program and an exhibition from the Vintage American Race Cars.

Over 50 bikes, scooters, tricycles, etc. were donated by race fans, drivers, businesses and others associated with Oakshade Raceway. Dan Rice, host of the intermission entertainment known as the “Links Zone” organized the event and put smiles on many happy kids’ faces who not only got to see some great racing action, but also got to take home a brand new bike.

After the Night of Wheels bike giveaways, the UMP Late Models hit the track for their 25-lap feature event. Devin Shiels grabbed the lead over Cody Houston at the start after starting on the outside of the front row. A few laps later, Houston spun in turn two. Matt Miller had nowhere to go and slammed hard into him. Both drivers were done for the night. After the restart, Dusty Moore made his presence known by challenging Shiels for the lead. The two drivers battled side by side for several laps with Shiels eventually getting the advantage. Shiels managed to get a little separation from Moore, but both Moore and Dona Marcoullier closed back in late in the race. The three drivers raced three-wide for the lead with Marcoullier in the middle. At the finish, it was Swanton, Ohio’s, Dusty Moore picking up his first feature win of the year with Shiels settling for second. Marcoullier finished third after starting 10th with Steve Kester and Brian Ruhlman rounding out the rest of the top five finishers.

Jamie Grochowski took the early lead in the Sportsman feature event, but got a bit sideways in turn three on the first lap. Another car got into him and the two cars became hooked together in turn four which cause a huge mess involving multiple vehicles. Rusty Smith took over the race lead after Grochowski’s misfortune, but couldn’t hold off a hard charging Mike Jessen. Jessen claimed the lead on lap four and never looked back. He went on to an easy feature win, his third of the year. Bob Gregory managed a second-place finish with Drew Smith gaining 10 positions to end up third followed by Bruce Stuart and Tim Line.

Jeff Foks racked up his third consecutive Bomber A Main win and his fifth of the year. After a slow start at the beginning of the year, Foks has turned things around with several dominating performances and has closed to within 39 points behind leader Adam Noonan and second-place Terry Rushlow. Chris Sands managed a second-place finish in the A Main ahead of Rushlow who ended up third. Curt Lancaster was fourth and point leader Adam Noonan was fifth.

The Bomber B Main was marred with multiple cautions that kept the field tight and the number of green flag runs limited. Dave “Gumby” Golembiewski Jr. survived the event and was able to pick up the checkered flag as time expired on the race. Curt Dickie and Dan Plath finished second and third respectively. Jody Burton and Nathan Goodman were the rest of the top five finishers.

Donovan Paskan climbed to the lead in the Bomber C Main, but just after halfway, Roscoe Stetten, who started deep in the field, took the lead away and went on to pick up his first feature win of the season. Paskan settled for second followed by Derek Morris, Joe Elliot and Henry Walls Jr.

Oakshade Raceway hosts the biggest event of the Summer on Saturday, July 20 with the 15th Annual Birthday Race/UMP Summer Nationals Hell Tour Finale along with the Summit Racing Equipment Modified Nationals and Hornets. Gates will open on Friday, July 19th at 11am for those who wish to come early and camp out Friday night. There will be food and entertainment on Friday night. Everyone entering the grounds on Friday, must purchase a ticket to Saturday’s event. On Saturday morning, gates will open at 10am and the pits will be open to everyone with grandstand admission until 4pm to get autographs and to meet the drivers. Racing is scheduled to begin at 7:45pm. 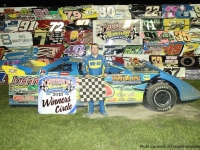 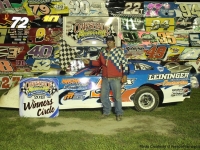 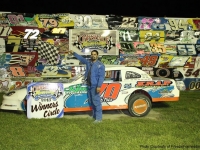 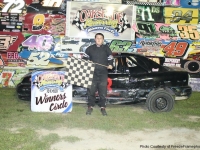 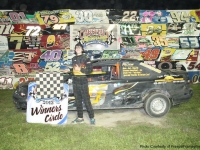 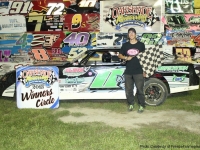 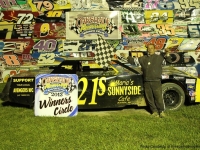