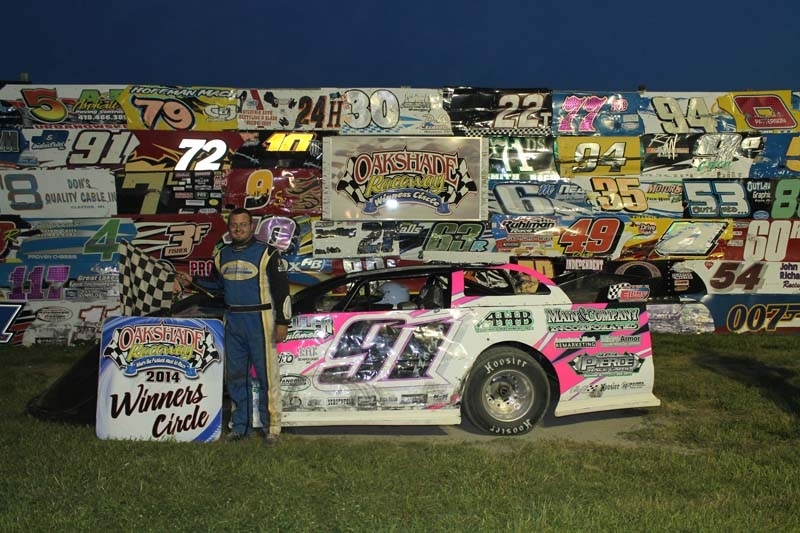 Five-time Oakshade Raceway Late Model Champion Rusty Schlenk picked up his first feature win of the year on Saturday night. His win moved him up nine points in front of Brian Ruhlman to take over the point lead.

Schlenk started on the outside of the front row and traded the lead with pole-sitter Steve Kester several times on the first lap of the Bob Culler Memorial UMP Late Model feature event. Kester was able to be out front at the completion of lap one, but Schlenk took over on lap two and never looked back. Bobby Hutchins was running near the tail end of the field and spun right in front of the leaders to bring out the yellow flag on lap eight. Luckily everyone was able to navigate around Hutchins without further incident. Jeff Babcock mixed it up with Schlenk after the restart, challenging for the lead. Schlenk was able to pull away and left the rest of the field in his dust in an impressive feature win. Babcock ended up finishing second with Chris Keller third. Kester finished fourth and Casey Noonan was fifth.

The UMP Sportsman feature was marred by a seemingly endless number of cautions before a single lap could be completed. The biggest incident happened on the initial start of the race and involved nearly half the field in a huge pile up at the end of the backstretch. Some of the drivers involved were Roger Weirich, Bruce Stuart, Karl Spoores, Eric Bradner and Mike Jessen who had two feature wins already this season. The next start was cut short for a wreck with Jamie Grochowski and Graeme Short. On the third attempt, Chane Stuckey and Scot Mills, who both were on the front row, wrecked and collected Dan Gehring. A single file start was then in order and even that didn’t work with things stacking up in anticipation of the green flag. That left point leader Tim Line stopped with a damaged car in turn four. Finally, after the next restart, there was a decent green-flag run with Bruce Stuart leading early. Bob Krumm, who managed to somehow keep out of trouble, took the lead away on lap two. Grochowski closed in on Krumm, but was unable to make a bid for the lead allowing Krumm to win his first ever Sportsman feature race. Grochowski settled for second followed by Stuart, Rusty Smith and Chane Stuckey.

Skeet Reckner led the first couple laps in the Bomber A Main until Jeff Foks dove to the inside and took the lead on lap three. Last week’s A Main winner, Terry Rushlow, mounted a late charge toward the front moving into second position by lap 11. Craig Dippman and Chris Henry got together while battling for fourth which sent both cars spinning and brought out the caution flag on lap 12. Another late caution set up a one-lap race to the finish in which Rushlow was unable to capitalize on. Foks earned his second feature win of the year with Rushlow a close second. Chris Sands took third finishing ahead of Skeet Reckner and Richard Riffe.

Cody Stetten led the first couple of laps in the always exciting Sport Compact feature. “Sparky Marky” Gillingham took command on lap three, but that lead was short-lived. Coming off turn four, Brandon Myers got into the rear of Gillingham sending him spinning. Both drivers were sent to the tail which turned the lead over to Bradley Griffitt who had won his heat race earlier in the night. Griffitt was able to hold off John Martis en route to his first Sport Compact feature win. Brogan Rehklau finished third followed by Jerry Hoot and pole-sitter Cody Stetten.

Teri-Lynn Murphy led the majority of the final race of the night, the Bomber B Main. Jim Remly tried to put some pressure on Murhpy, but Mathew Chapman played the spoiler. He started near the back of the field and worked his way up to the lead with just two laps to go. Chapman went on to take the checkered flag with Murphy finishing in second. Justin Gamber also capped off a decent run after starting near the back of the field to finish third. Terry Rump was fourth and Remly slipped back to finish fifth.

The racing action is just starting to heat up this season at Oakshade Raceway. This weekend will not only be a full show of UMP Late Models, UMP Sportsmen, Bombers and Sport Compacts on Saturday’s Wallace Racing Products night, but there will also be a 200-lap/2 hour Enduro race on Sunday afternoon. Gates will open at 4pm on Saturday with racing at 7pm. On Sunday, gates will open at 12pm and the Enduro will take the green flag at 2pm. 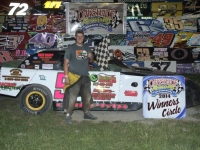 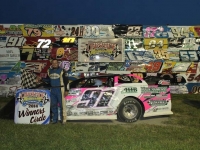 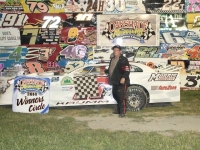 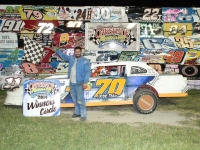 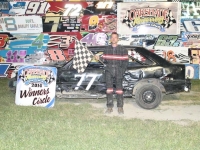