WAUSEON, OH – Oakshade Raceway hosted the first ever Sportsman/Modified Dirt Duel sponsored by Dippman Motorsports, Ron Miller Race Cars, Rusty Schlenk Race Cars, River City Speed Shot and Hank Walls at Get Er Done which pit the weekly Sportsman class against UMP Modifieds that would culminate in a $1,000 to win feature. It was Rusty Smith in a Sportsman that would best the field of 40 drivers and become the first Sportsman/Modified Dirt Duel winner.

Smith, out of Sylvania, Ohio, started from the pole of the 25-lap Sportsman/Modified feature race that was also the rescheduled Bill Reckner Memorial. He jumped out to the lead at the start with Shannon Fisk giving chase. The first yellow flag would fly with one lap complete for a wreck involving John Gamber, Josh Corkwell, Mike Jessen and Patrick Lajevnesse. Only one other caution would come out just past the halfway point with Rusty Smith continuing to lead. Carter Murday marched his way toward the front and closed in on Smith late in the race. Murday took a look to the inside of Smith in turn two on the final lap and the two drivers had a bit of contact causing Murday to check up. That was all Smith needed as he held on to win his second consecutive Oakshade feature event. Murday settled for second after starting in the seventh position. Fisk was the highest finishing Modified, holding off Carter Schlenk for third. Jesse Jones climbed seven positions to finish in fifth.

The unofficial Oakshade Raceway Late Model track champion, Casey Noonan, earned his third feature win of the season and picked up the Bill Reckner Memorial trophy in the 25-lap Late Model feature. Devin Shiels started mid-pack and charged his way through the field to the second position before running out of laps to catch the Sylvania, Ohio, driver. Polesitter Rob Anderzack fell back to finish third followed by Chris Keller and Mike Bores.

Dylan Burt and Roscoe Stetten battled for the lead early in the Dominator Super Stock Bill Reckner Memorial A Main. Holland, Ohio’s Gabe Mueller worked his way from his seventh starting position to take the lead from Burt by lap five of the 15-lap race. Mueller went on to pick up his second Oakshade feature win of the year. Kolin Schilt started very deep in the field and improved 12 positions to finish second with Burt and Stetten slipping back to finish third and fourth respectively. Shane Estes ended up fifth.

Cody Kipp out of Hillsdale, Michigan, and Jason Deshler battled for the lead early in the Bill Reckner Memorial Compact A Main. Deshler would get the lead from Kipp on a lap five restart, but a stopped car brought out the yellow once again forcing another restart with Deshler back to second. This time on the restart, Deshler didn’t fare as well and slipped back a few positions. Kipp went of to pick up the victory with Eric Carr taking second. Brannon Kipp finished third with Aaron Vanpelt fourth. Deshler slipped back to finish fifth.

Donovan Paskan started on the outside of the front row of the Dominator Super Stock B Main and led all but the checkered flag lap. Oregon, Ohio’s Dan Dippman worked his was up to second and challenged for the lead after a mid-race restart. Paskan fended off the challenge and pulled away by a few car lengths. A late caution would set up a one-lap shootout to the finish giving Dippman one last shot. He would drop to the inside of Paskan on the restart and the two drivers made contact in turn one resulting in  Paskan getting collected by a couple other cars. Dippman went to pick up the victory with Paskan limping his car across the line in second. Jason Drummond, Joe Overmyer and Ben Lieaff were the rest of the top five finishers.

Todd Drewes Jr., Lawrence Mullins and Gage Rushlow put on a three-car battle for the lead early in the Compact B Main. Drewes would slip up high in turn four on lap six allowing Rushlow to take the lead. Rushlow, out of Monclova, Ohio, went on to take the checkered flag ahead of Drewes. Megan Elliott took third with James Stamper and Geoff Wasnick the rest of the top five.

With the 2022 race season concluded at Oakshade Raceway, only two non-racing events remain on the calendar. The annual Oakshade Swap Meet will take place on Saturday, October 15 with a $10 spot fee and no admission charge. The Oakshade Raceway Awards Banquet will be held on Saturday, December 3. 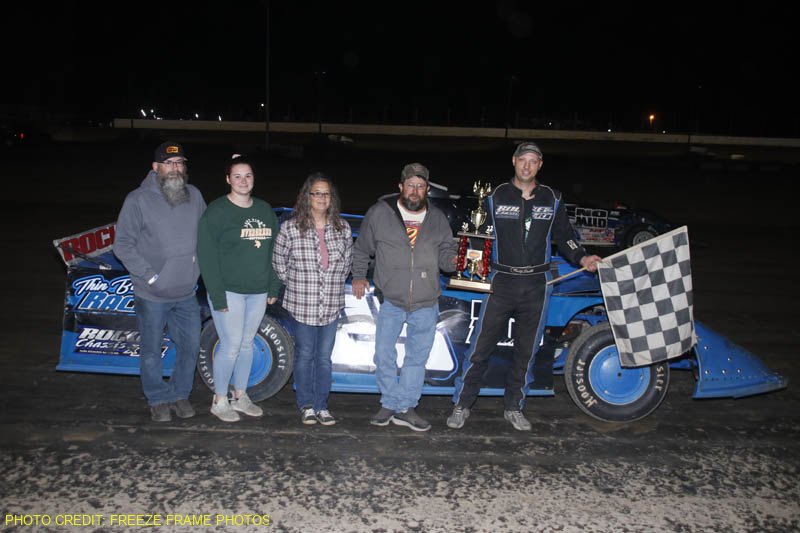 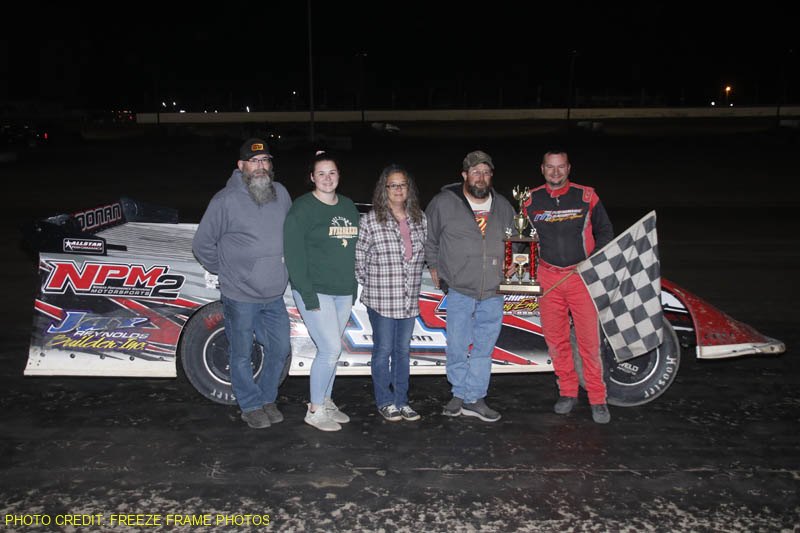 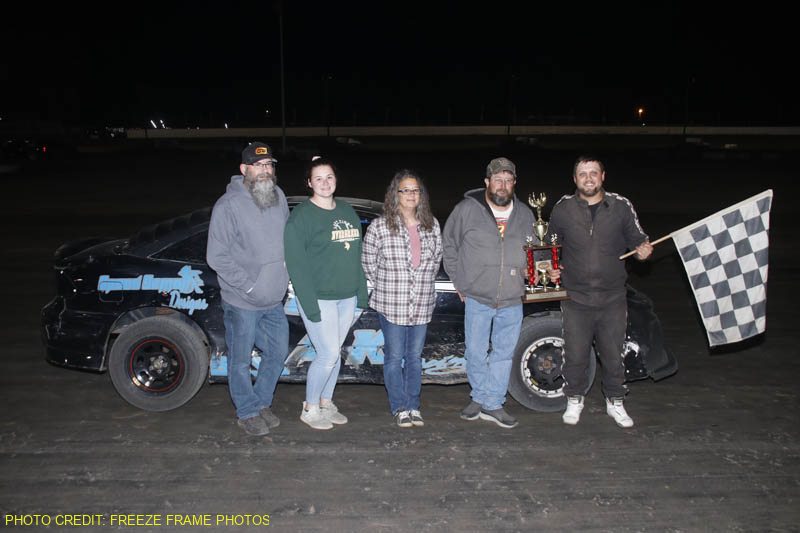 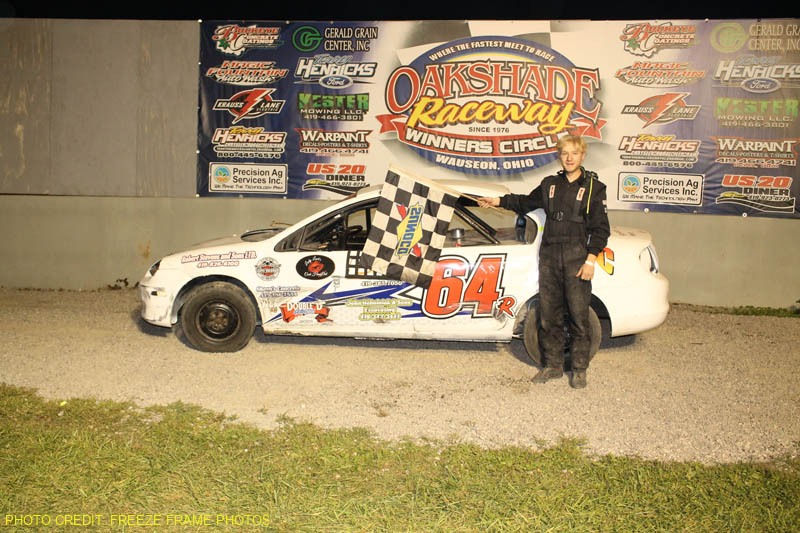 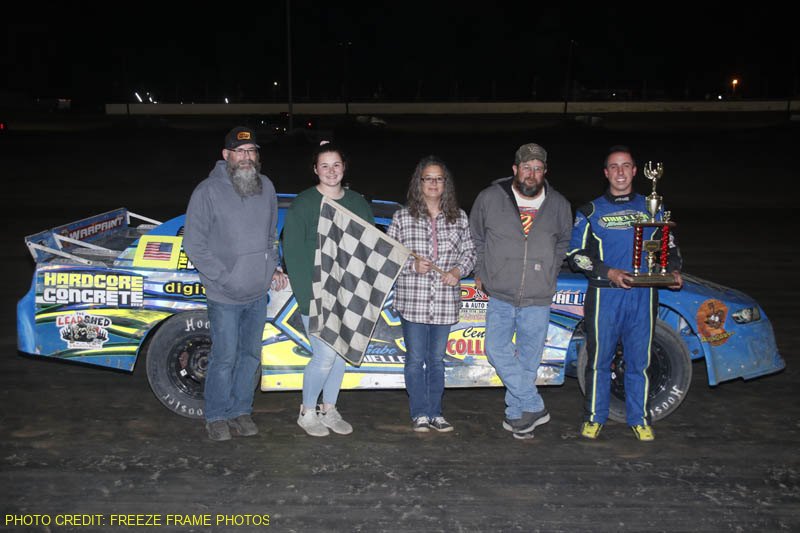 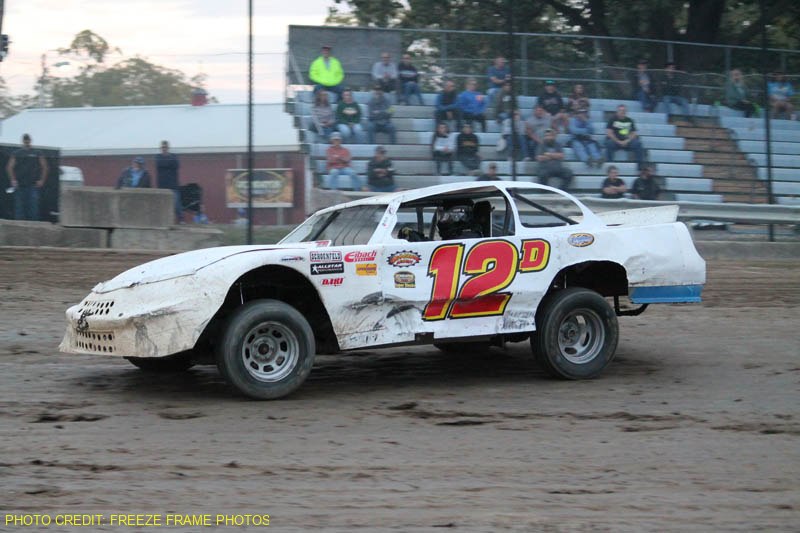