Clarklake, Michigan’s Brian Ruhlman became the fifth different UMP Late Model feature winner in as many races this season at Oakshade Raceway on Saturday night after a slight rain delay.

A brief downpour just before the start of hot laps put the night’s racing program in jeopardy. However, track crews and drivers worked hard to run the track in, to get it back in racing shape. Thanks to those efforts, the racing program was only a little more than an hour delayed in starting. It also made for some very fast lap times, with many late model drivers turning sub 15 second laps.

Come feature time, it was Casey Noonan who led the first part of the 25-lap UMP Late Model feature after starting from the pole. Devin Shiels and Ryan Missler were battling for second on lap three when it appeared the two drivers had some contact which resulted in Missler spinning out to bring out the caution flag. Missler would retire to the pits soon after and Shiels continued on. Five laps later, Brian Ruhlman muscled his way to the front, getting passed Noonan. Noonan was able to stay relatively close, but could not reel Ruhlman’s 49 car back in. A late debris caution on lap 21 would tighten the field one last time, but no one was going to catch Ruhlman. Noonan settled for a second place finish followed by Shiels, Steve Kester and Ken Hahn.

Jerry Signor out of Jackson, Mighigan, led from flag to flag in the UMP Sportsman feature event. Signor started on the pole and had third place starter and last week’s feature winner Mike Jessen putting on the pressure for most of the race. Jessen was unable to make it two feature wins in a row as Signor held on for his first win of the season. Josh Robertson, Garrett McClain and Brandon Gregory were the rest of the top five finishers.

Holland, Ohio’s Terry Rushlow started on the pole of the Hot Rod Welding & Engineering Bomber A Main and went on to pick up his second consecutive A Main win, his third of the year, which further increased his point lead. Adam Lantz finished second with Adam Noonan gaining nine positions to end up third. Donnie Ringman and Jeff Foks Jr. were the rest of the top five finishers of the caution-free A Main.

The final race of the night, the Hot Rod Welding & Engineering Bomber B Main had some last lap drama. Jarrett Rendel led every single lap, but cut a tire on the final lap put Rendel in the wall and allowed Sherwood, Ohio’s Steve Reeves to get by and pick up the win. Scott Hammer finished a close second followed by Shane Estes, Tony Tolles and Shane Nofziger.

Oakshade Raceway will host the final two nights of the DIRTcar Summer Nationals this Friday and Saturday, July 12 and 13. $5,000 to win on Friday and the $10,000 to win Birthday Race on Saturday for the DIRTcar UMP Late Models. The Summit Racing Equipment Modifieds will also be in action both nights with the Hot Rod Welding & Engineering Bombers added to Saturday night’s program. Gates open at noon on Friday and 10am on Saturday with racing at 8pm on both nights. Fans will be allowed in the pits Saturday until 4pm without a pit pass to meet their favorite drivers. After 4pm, a pit pass will be required to remain in the pits. 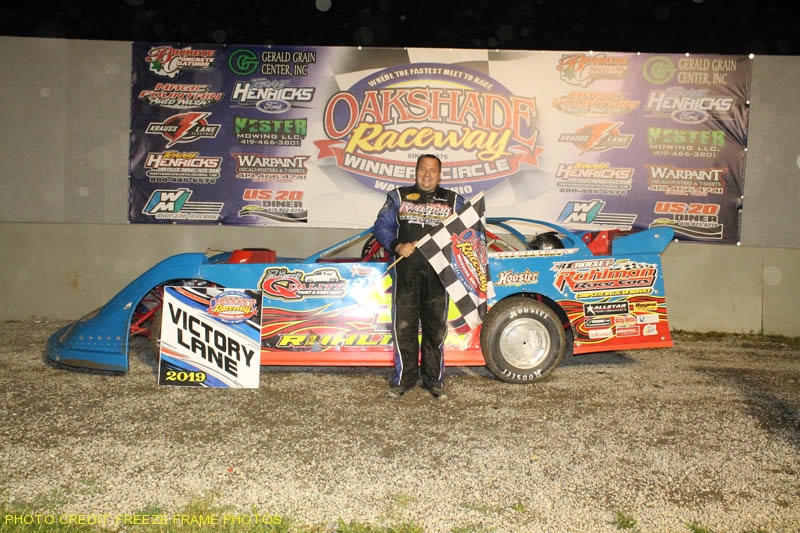 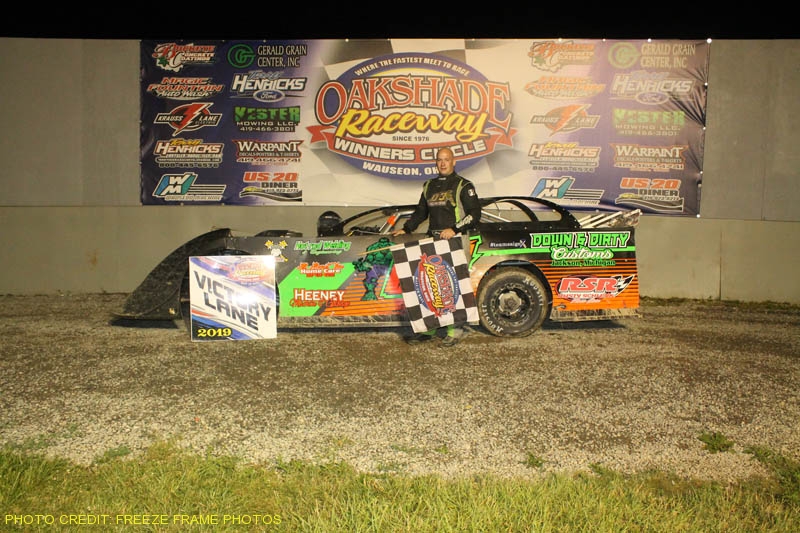 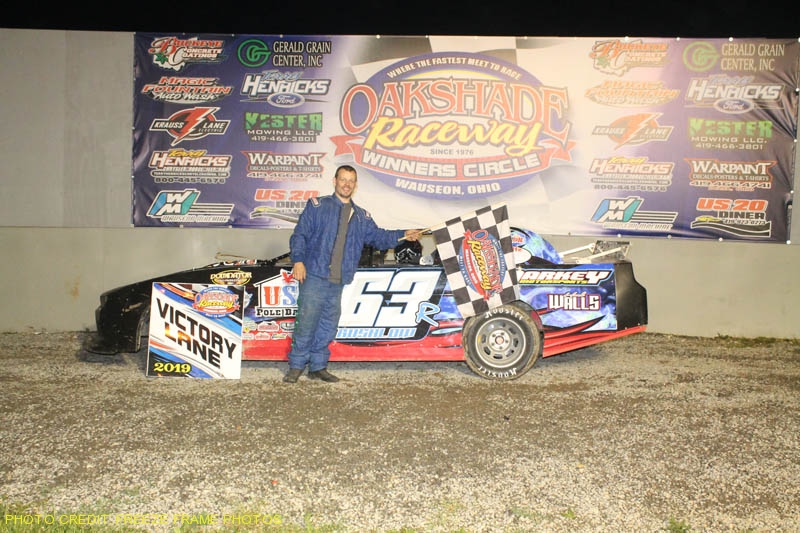 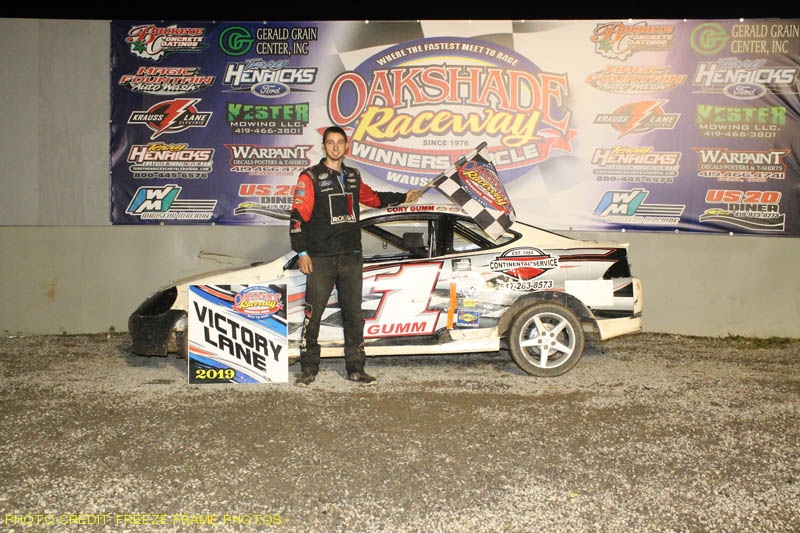 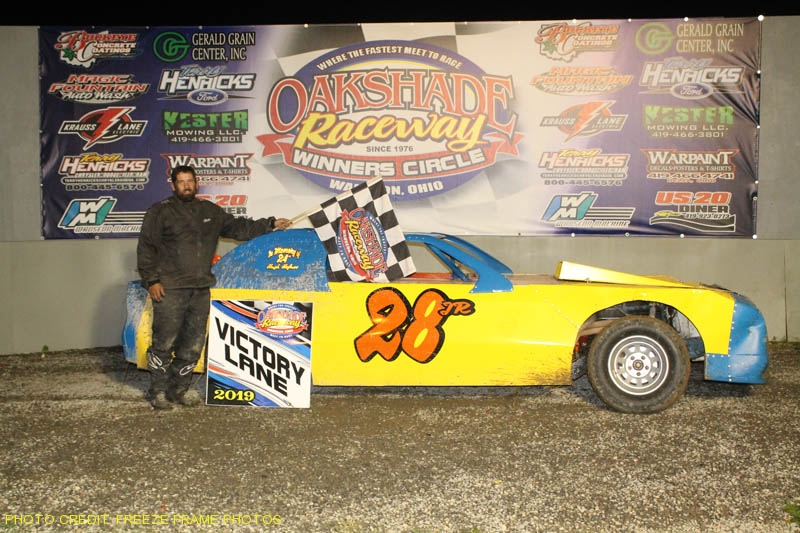