After an untimely caution bunched up the field, Adrian, Michigan’s Chris Keller was able to hold off the field to win the Oakshade/Attica Late Model Challenge feature Saturday night at Oakshade Raceway.

Keller was in front when Steve Miller spun in front of the leaders on lap 16. On the restart, Joe Godsey drove between Casey Noonan and Devin Shiels for second. It allowed Keller to pull away.

From the outside poll, Noonan took the early lead with Keller and Shiels hot on his tail.

Keller went on to win his first feature of the season. Shiels finished second, followed by Noonan, Jeff Warnick and Dan Wallace.

Mike Jessen led wire-to-wire, with a few stops in between – to capture the UMP Sportsman feature.

The caution flag flew on lap two on a Steve Mills spin and again on lap four when Jacob VanDeVoorde spin.

The race was stopped on lap 15 when Chester Fitch hit an infield barrier tire in turn one and flipped. He was able to get out, but his car needed help getting off the track.

Scott Robertson, who was running third, went off the track with two laps to go.

Terry Rushlow was able to hold off Adam Noonan and Jeff Foks, Jr. to win the Hod Rod Welding and Engineering Bomber A Main.

Rushlow took the early lead from Justin Gamber and held off the field.

Cory Gumm and Cameron Tusing had a good battle in the Napa of Swanton Compact A Main. Racing side-by-side, Gumm was able to pull away for the win.

Speaking of side-by-side, Roscoe Stetten pulled alongside Haley Dippman at the line in the Hod Rod Welding and Engineering Bomber B Main.

Stetten trailed Dippman, then pulled alongside her in turn four. Stetten got a little sideways at the line, allowing the Oregon, Ohio driver to score the win.

Next week is Memorial Night at Oakshade Raceway. Gates open at 4 p.m. with hot laps at 6 and racing at 7. 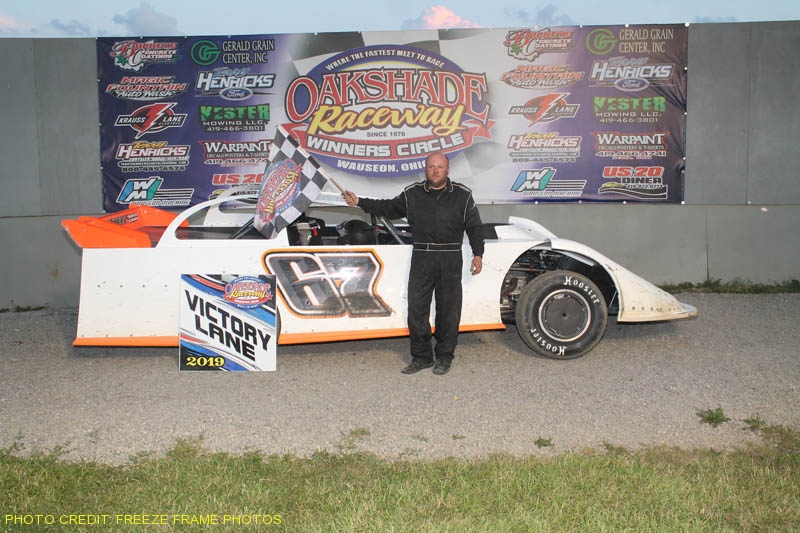 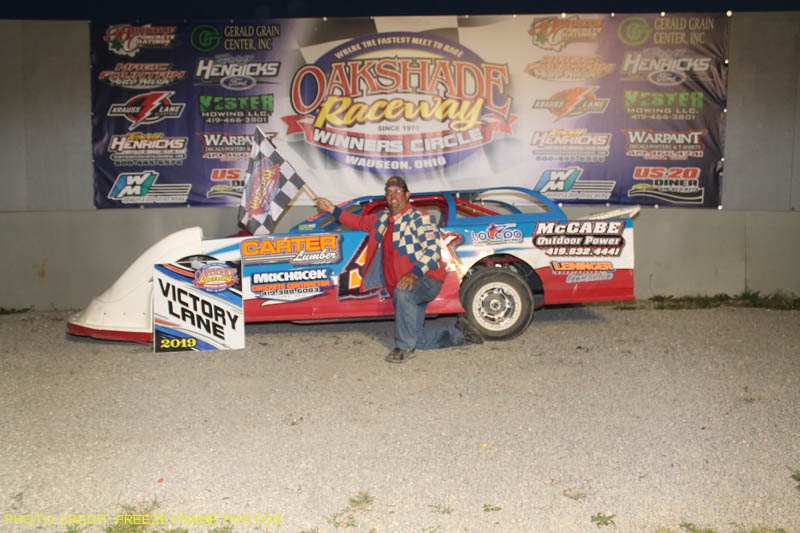 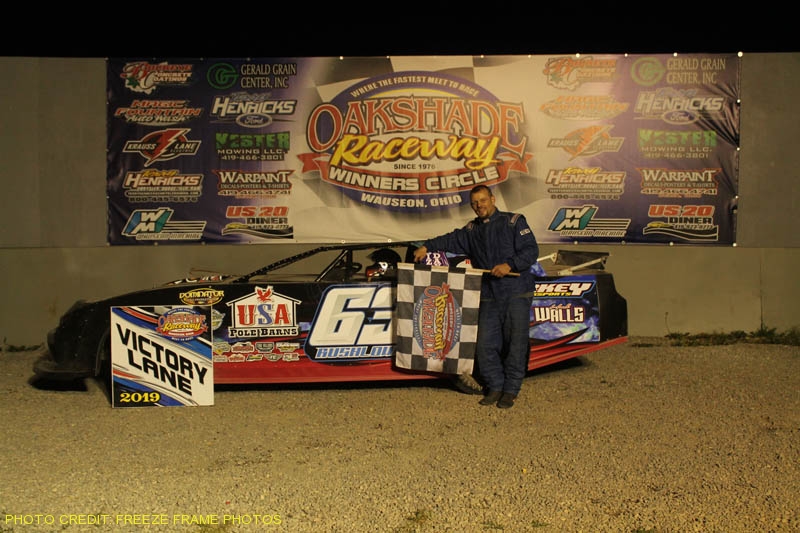 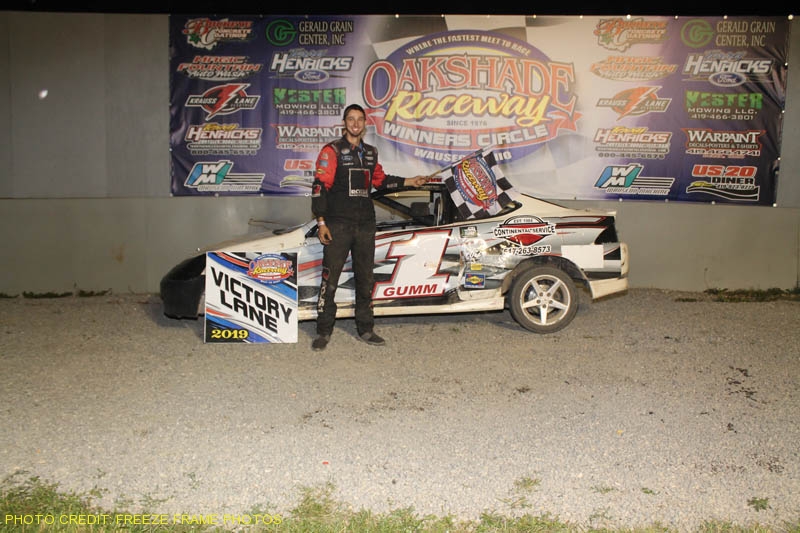 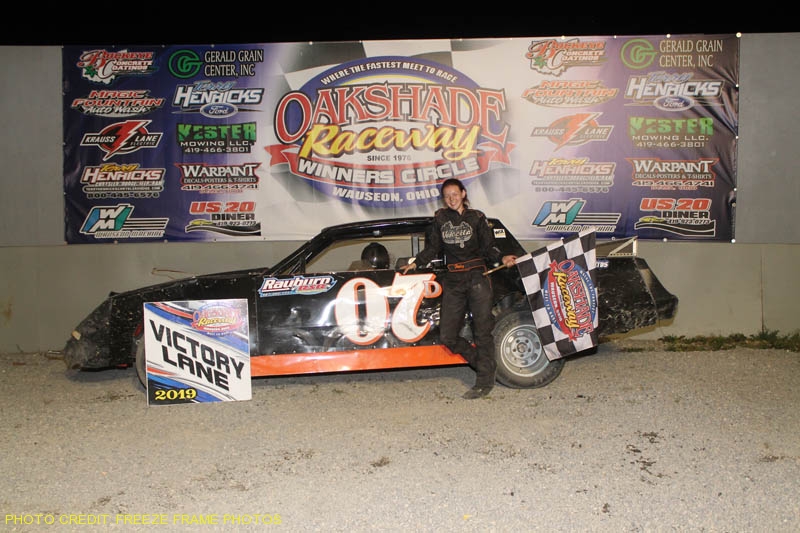