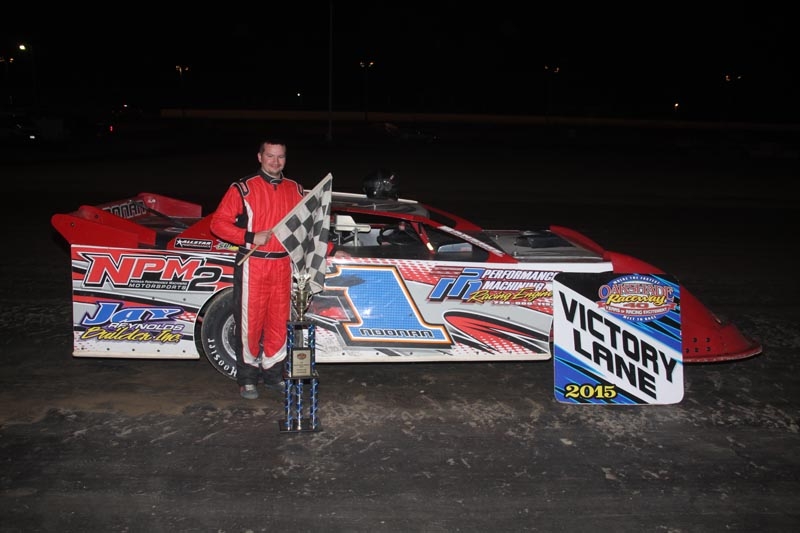 Casey Noonan’s UMP Late Model feature win at Oakshade Raceway on Saturday night was enough to move him up two spots up to third in the Oakshade point standings. It was the Sylvania, Ohio driver’s first win of the season.

A couple of make up features from the May 9th rain out, beginning with the UMP Sportsman, started off the Wallace Racing Products night of racing. Mathew Chapman from Tecumseh, Michigan took off to the early lead after suffering from a hard crash a few weeks ago. A couple huge crashes marred the first half of the race. Bruce Stuart closed up on Chapman after the mid way point of the race and began pressuring. Stuart managed to take the lead, but Chapman battled back a couple laps later. A late caution set up a green-white-checkered finish in which Chapman was able to hold off Stuart for his first ever UMP Sportsman feature win, early in his Sportsman rookie season. Stuart settled for second followed by Graeme Short, Drew Smith and Jamie Grochowski.

Next out was the May 9th make up feature for the Compacts. Cody Stetten led the entire distance of the race with John Martis and Brogran Rehklau battling for second. Suddenly, Stetten slowed on the backstretch just before the the white flag lap. Martis out of Toledo, Ohio took over the race lead and captured his first feature win of the year. Rehklau took second with Cory Gumm in third. Nathan Goodman and Josh Floyd rounded out the rest of the top five finishers.

A little later in the evening the Wallace Racing Products UMP Late Model feature event took to the track. Steve Kester from Holland, Ohio started on the pole and battled side by side with outside pole sitter Chris Keller during the first part of the race. Finally Kester took command until a lap 10 caution tightened up the field for a double-wide restart. Kester elected to restart on the inside which left Noonan on the high side. Noonan pounced to the lead after the restart and never looked back on the way to the feature win. Point leader Brian Ruhlman was able to get by Kester for a second place finish. Devin Shiels was fourth with Keller slipping back to fifth. Scott Fisk had a nice run to finish sixth after starting back in 18th.

Graeme Short from Archbold, Ohio jumped out to a big early lead in the second UMP Sportsman feature of the night with Bruce Stuart and Jamie Grochowski battling side by side for second. Stuart finally cleared Grochowski and began to reel in Short as they worked lapped traffic. Short slipped up trying to get by a lapped car allowing Stuart to get by and pick up his second feature win of the season. Grochowski finished second with Mike Jessen taking third. Dan Wallace moved up from his tenth place starting position to end up fourth. Short fell back to finish fifth.

Wauseon, Ohio’s Skeet Reckner made it a clean sweep on the night after winning both his heat event and the Wallace Racing Products Bomber A Main. Reckner started on the outside of the front row and led the entire distance. Multiple cautions kept the field from getting too strung out, but no one could get up and mount a sustained challenge on the leader. Gregg DeTray and Chris Henry tried to put the pressure on, but Reckner maintained his line an took the checkered flag. DeTray made a last corner bid for the lead, but had to settle for second. Henry was third followed by Chris Sands and Adam Noonan.

Brogan Rehklau out of Waldron, Michigan made a huge move on the first lap of the Wallace Racing Products Compact feature race to take the lead after starting on the inside of the fourth row. Rehklau proceeded to check out on the rest of the field until a caution halfway though wiped out his lead. Richard Riffe took advantage and tried to challenge Rehklau for lead, but came up short as Rehklau wrapped up his second feature win of the year. Riffe was second with Nathan Goodman third. Cody Stetten moved up after starting at the very tail of the field to finish fourth. Aaron Barrick was fifth.

Dan Shaffer led flag to flag in the Wallace Racing Products Bomber B Main. He took the lead after pole sitter Cody Laney fell off the pace on the very first first lap. The race was slowed multiple times for caution periods, not allowing the drivers to establish a rhythm. Shaffer, from Morenci, Michigan, managed to get good restarts to earn the victory. Duane Fletcher was able to nurse his car with a failing clutch to a second place finish, holding off both Rick Dixon and Dan Plath. Steve Morris came home fifth.

Finally, the Wallace Racing Products Bomber C Main took center stage with another driver leading the entire distance. Scott Barnhart started on the pole and despite a late caution with only one lap to go, held on to pick up the feature win. Chuck Stuckey from Sylvania, Ohio had a spin on lap six, but was able to recover for a second place finish. Taylor Dippman capped off a nice run in third followed by Dave McMannamy and Derek Zuver.

Saturday, June 13 is the Night of Wheels at Oakshade Raceway with free bike giveaways for the kids in addition to a complete racing program of UMP Late Models, UMP Sportsman, Bombers and Compacts. There will also be the make up Bomber features from May 9 to start the evening off. Gates open at 4pm and the racing action starts at 7pm! 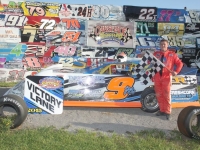 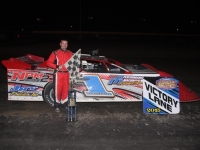 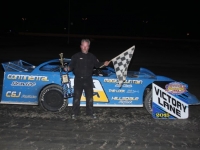 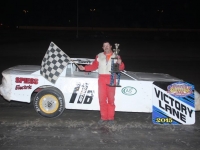 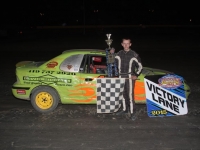 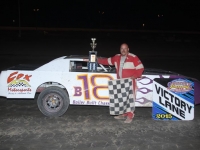 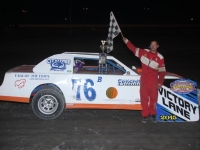