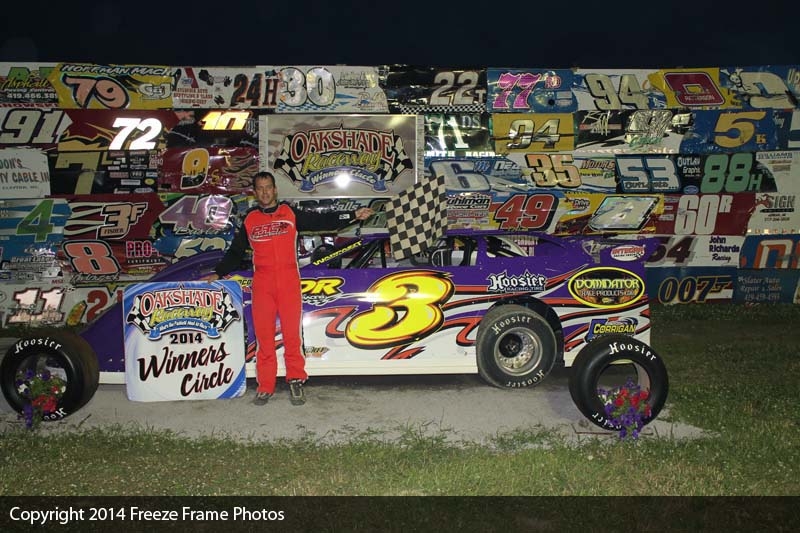 The Vintage American Race Cars (V.A.R.C.) joined the regular racing program at Oakshade Raceway on Saturday night for a little old school racing featuring mostly classic midget and sprint cars. The racing was highlighted by a couple of race wins by John Lawhorn in his 1968 sprint car.

In UMP Late Model action, Matt Miller drove an excellent race to pick up his first feature win of the year. The win gives him some momentum to build on going in to next week’s $10,000 to win Birthday Race/Summer Nationals Finale. Steve Kester started at the point and maintained the lead for the first part of the race with Miller working the inside. Finally Miller took command on lap nine and drove away from the rest of the field to the checkered flag in the caution-free race. Kester was able to fend off a late challenge from Brian Ruhlman to finish in second.

Jamie Grochowski started off strong in the Sportsman feature event, taking the lead at the drop of the green flag after starting on the outside of the front row. Grochowski slipped up high on the third lap opening the door for Tim Line to drive on by on the inside to take the lead away. Line led the rest of the distance and despite a close call with Joe Keebler who spun right in front of him in the final corner, Line was able to earn his fifth feature win of the year. Grochowski finished second followed by Mike Jessen and Joe Derbeck.

The Bomber A Main featured an epic battle between Chris Sands and Jeff Foks for the majority of the race. Sands started on the pole and immediately took the lead over Terry Rushlow. Rushlow had problems on lap four and dropped out of competition. Foks then began to pressure Sands for the lead, looking inside and outside. Finally, Foks was able to make the pass on the outside with just under a handful of laps remaining. Sands never gave up and took one last shot at Foks on the final lap dropping down low in the final corners, but it wasn’t enough. Foks earned win number six on the season with Sands following up in second.

Brogan Rehklau took the early lead in the Best Performance Motorsports Compact feature event after starting on the pole and led the first few laps. After an early caution for a Matt Brazeau spin, Terry Rushlow Sr. got turned around on the ensuing restart and multiple cars piled in. Rushlow was running in the top five at the time. Shortly after the next restart, Rehklau fell off the pace which turned the lead battle over to Brandon Myers and John Martis. The two drivers traded the lead and some paint. In the end, it was Myers holding off Martis to pick up his third feature win of the year.

Multiple lead changes amongst multiple drivers highlighted the final race of the night, the Bomber B Main. Scott Hammer took over the early lead after starting on the outside of the second row. Justin Gamber had worked his way up to second before slipping up high in turn one and stopping in turn two to bring out the second caution in the race. After the restart, Hammer led the field into turn one and lost it in turn two, spinning in front of the entire field. Ted Hill then inherited the lead, but Garry Domoe took over the top spot on the following lap. Hill fought back to the inside and contact going into turn three sent both drivers spinning which brought out another caution. Steven Pocock then became the leader again after starting on the pole. A couple laps later Tim McNicol took command and held off a late charge from Scott Robertson to take the checkered flag. Hammer recovered to finish third with Domoe salvaging a fourth place finish after get caught up in few incidents earlier in the race. Henry Walls Jr. finished fifth.

Oakshade Raceway hosts its biggest event of the year this coming weekend with the $10,000 to win 16th Annual Birthday Race/UMP Late Model Summer Nationals Finale along with the Summit Racing Modifieds Summer Nationals Finale and the Best Performance Motorsports Compacts. Gates will be open on Friday, July 18 from 11am to 12am for those wishing to camp and/or put a blanket down to reserve your place in the grandstands. Everyone that enters on Friday must purchase a grandstand ticket or pit pass for Saturday’s event. Then on Saturday, July 19, gates will be open at 10am. The pits will be open to everyone until 4pm. After 4pm you must have a pit pass to remain in the pits. Racing will begin at 7:45pm. Admission is just $12 for ages 12 and up as it is each and every Saturday night at Oakshade Raceway. For more information visit OakshadeRaceway.com. 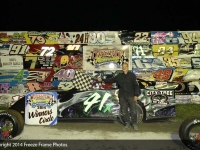 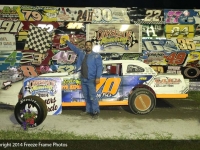 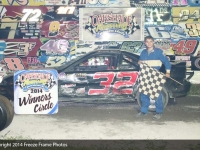 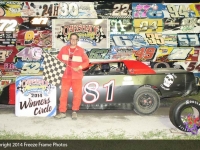 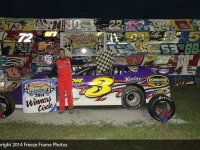