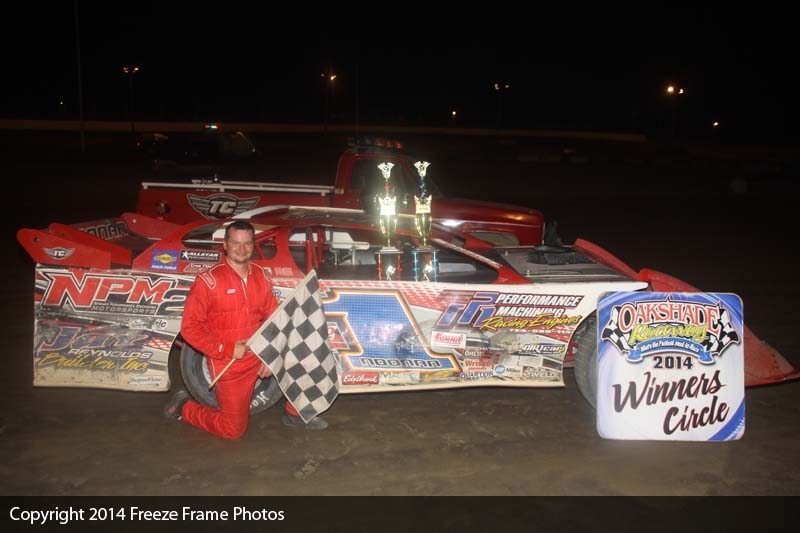 Sylvania Ohio’s Casey Noonan took the lead at the start of the first UMP Late Model feature over pole-sitter Brandon Thirlby from Traverse City, Michigan. The only caution flag came out on lap five when Hillard Miller, who was running near the back of the field, spun just in front of the leaders. Noonan got a decent restart and went on to pick up the easy win. Thirlby was second followed by Rusty Schlenk, Brian Ruhlman and Steve Kester.

Noonan then drew a four for the inversion for the start of the second of the Dual Push Truck Challenge features, putting him on the outside of the second row in the line up. Clarklake Michigan’s Brian Ruhlman started on the pole, but point leader Rusty Schlenk took the early lead after starting on the outside of the front row. The first caution flag came out on lap three for a Ron Miller spin. Noonan restarted third behind Schlenk and Ruhlman but made a bold move three-wide through the middle to take the lead just after the restart. Schlenk fought back and regained the lead briefly. After some more great side by side racing, Noonan finally took over the top spot for good on lap 11. After last week’s dramatic feature win, Noonan made it three feature wins in a row by sweeping the Dual Push Truck Challenge. Schlenk barely edged out Ruhlman in a near photo finish for second and increased his point lead to 20 over Ruhlman heading into next week’s UMP Late Model Season Championships. The 2013 Oakshade Late Model Champion, Dona Marcoullier, finished fourth and Thirlby wound up fifth.

Joe Derbeck took command of the UMP Sportsman feature at the drop of the green flag. Derbeck led with Rusty Smith in second most of the race, but a late race charge by Monclova, Ohio’s Tim Line shook things up. Line got by Smith and then made the pass for the lead over Derbeck on the final lap to increase his string of consecutive wins to seven. Derbeck would end up finishing second with Smith third. Bruce Stuart and Mike Jessen rounded out the rest of the top five finishers.

With Curt Dickie leading the Bomber A Main, Chris Henry spun on lap two while running in the top five to bring out the first caution flag of the race. Shortly after the restart, Terry Rushlow from Holland, Ohio began to challenge Dickie for the lead. On lap five, Rushlow finally took the lead and began to pull away. A few laps later, last week’s feature winner brought out another yellow flag after stopping on the the track. Gregg DeTray then headed back to the pits. A late caution for a wreck involving Donovan Paskan, Chuck Stuckey and Satch Crispen set up a two-lap race to the checkers with Jeff Foks restarting in second. Foks was unable to get by Rushlow who went on to pick up his second A Main win of the year. Dickie held on to finish third followed by Mathew Chapman and Skeet Reckner.

Onsted, Michigan’s Aaron Barrick led from flag to flag in the Best Performance Motorsports Compacts feature event to earn his second career feature win. Barrick fended off an early challenge from Cody Stetten and then never looked back. Stetten had his hands full with Brandon Myers and Cory Gumm but was able to hang on to a second place finish with Myers and Gumm ending up third and fourth respectively. John Martis was fifth.

Steve Morris took advantage of starting on the pole of the Bomber B Main to grab the early lead. The Sylvania, Ohio driver led the entire distance despite having to survive and one-lap race to the finish after a late caution. Terry Perry did all he could, but ended up finishing second just behind Morris. Ted Hill was third followed by Nick Fenner and Dan Shaffer.

The final race of the night was the Bomber C Main. Sylvania, Ohio’s Scott Hammer took the early lead over Chris Sawinksi who suffered some bad luck. Sawinski had a couple of spins during the race. The second of which collected the 81 of Tim McNicol who was running third at the time. Ethan Gehring took some shots at the lead on the restarts after a couple of the cautions, but Hammer held on to pick up his first ever feature win. Gehring settled for second with Dylan Hough third. Sawinski survived at least one more close call to salvage a fourth place finish with Abby Burton scored in fifth.

Saturday, August 23 will be Season Championship Night for the UMP Late Models with Rusty Schlenk nursing that slim lead over Brian Ruhlman going into that final night. UMP Sportsmen, Bombers and Best Performance Motorsports Compacts will also be back in action. Gates open at 4pm with racing at 7pm. 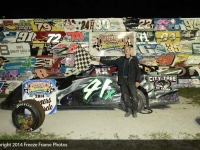 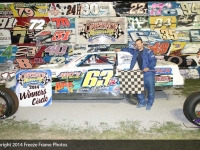 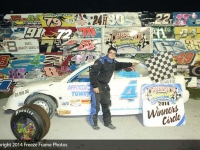 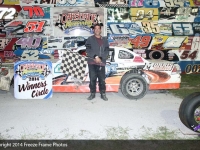 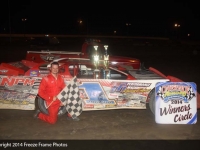 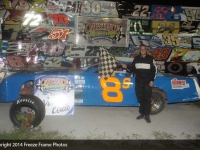