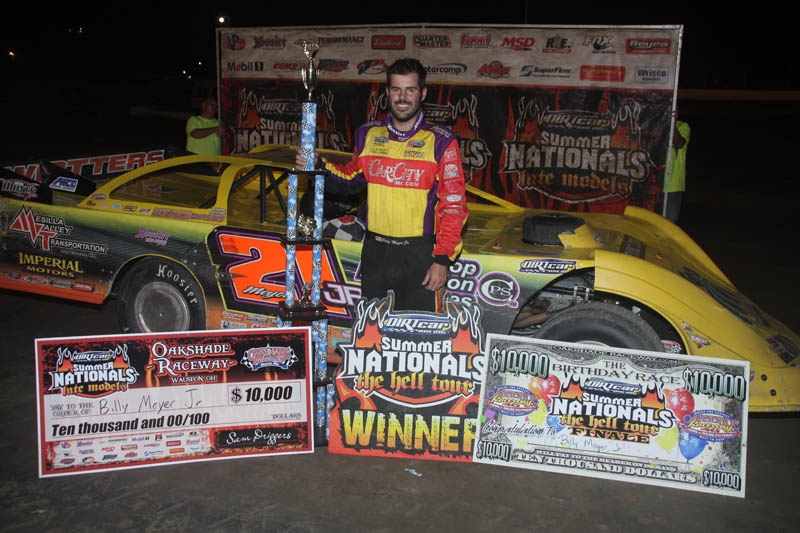 Billy Moyer Jr. from Batesville, Arkansas came to town to try and steal the UMP Summer Nationals Hell Tour Championship at the series finale event which is Oakshade Raceway’s $10,000 to win Birthday Race. Despite doing everything in his power on this final night including winning the $10,000 finale, Moyer came up just 10 points short as Bobby Pierce’s fifth place finish was enough to sew up the Summer Nationals Championship.

Moyer split between Dona Marcoullier and Jeep Van Wormer on the first lap of the Birthday Race feature event, going three-wide to take the lead. After opening up a bit of an early lead, Marcoullier and Casey Noonan began to chip away at Moyer’s advantage. Once the lead pack hit lapped traffic though, Moyer was once again able to lengthen his lead as he masterfully worked through the slower traffic. Noonan was able to take second from Marcoullier on lap 27 of the 60-lap main event, but was unable to mount a challenge for the lead. Billy Moyer Jr. picked up his first Birthday Race victory and a nice check for $10,000. Sylvania, Ohio’s Casey Noonan finished a strong second. Jason Feger, from Bloomfield, Illinois, had a strong run during the middle portion of the race passing quite a few cars on the high side, but third place was as high as he would get. Houghton Lake, Michigan’s Dona Marcoullier slipped back to finish fourth and the 2015 UMP Summer Nationals Champion Bobby Pierce from Oakwood, Illinois was fifth.

The Summit Modified Nationals 25-lap feature event was dominated by David Mielke from Gladwin, Michigan. He started on the pole and led the entire distance. Jacob Poel, Collin Thirlby and Brian Ruhlman had a pretty heated battle for the second through fourth positions much of the race. Ruhlman continually tried to work the high side and Thirlby looked low and high to try to get by Anderson while fending off Ruhlman. In the end, Poel out of Spring Lake, Michigan held on to finish in second, a good distance behind race winner David Mielke. Traverse City, Michigan’s Collin Thirlby finished third and Clarklake, Michigan’s Brian Ruhlman slipped back a bit, but managed a fourth place finish. Matt Hamilton out of Aurora, Indiana took fifth.

The Sport Compact feature event was the final race of the night and produced the most exciting finish out of all three features. Richard Riffe out of Toledo, Ohio started on the outside of the front row and after some four-wide racing on the first lap, managed to take over the race lead. While under a caution period, Riffe’s car lost power and was coasting down the front stretch very slowly. Luckily for Riffe, he was able to get the car refired and maintained his position as the leader. Jerry “Bubba” Gibsom kept looking to the inside of Riffe for the lead and actually took the lead on the final lap, but Riffe fought back to the inside and the two drivers came off turn four coming to the checkered flag side by side with Riffe narrowly edging out Gibsom at the line for the win. Waldon, Michigan’s Brogan Rehklau took third and Josh Floyd from Neapolis, Ohio ended up fourth after starting 14th. Clayton, Michigan’s Jarrett Rendel finished fifth.

The UMP Sportsman and Bomber classes will be back in action along with the UMP Late Models and Sport Compacts on Saturday, July 18 for a full racing program starting at 7pm. Gates will open at 4pm. 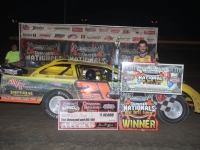 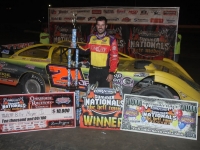 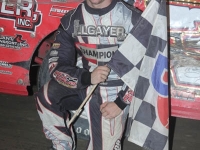 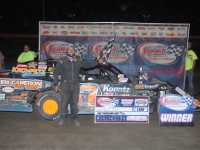 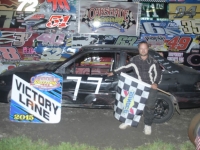