Last week’s UMP Late Model feature winner, Casey Noonan, started on the pole of the 25-lap main event and jumped out to an early lead. Hillard Miller moved passed Terry Rushlow for second shortly after a restart for a lap seven caution. McClure, Ohio’s Rusty Schlenk methodically marched his way toward the front after starting on the outside of the third row. By lap 11, Schlenk moved into third and a few laps later, he passed Miller for second. Schlenk closed in on Noonan and took the lead away with six laps remaining to pick up victory. Noonan ended up finishing second which was enough to take over the Oakshade Late Model point lead. Colin Shipley got by Hillard Miller for third right at the finish and Devin Shiels’ fifth place finish knocked him back to second in the points standings.

Donovan Paskan grabbed the early lead of the UMP Sportsman feature over Chris Williams after starting on the outside of the front row. Track point leader Josh Robertson took the lead away a few laps into the event while at the same time trying to fend off last week’s feature winner Rusty Smith. Smith, out of Sylvania, Ohio, finally took the lead away on lap seven of the 20-lap event. A few more caution periods in the second half of the race kept the field somewhat tight, but Smith was able come away with his second feature win in a row. Robertson finished second with Mike Jessen finishing third. Drew Smith started 10th and ended up finishing fourth with Chris Williams slipping back to end up fifth.

Swanton, Ohio’s Gregg DeTray started fifth in the DTTS feature event and used his familiarity with the track to drive to the front to win the first ever DTTS feature event at Oakshade Raceway. Rolly Heyder gained two positions from the start to finish second with Dwayne Powell finishing third. Kevin Knittle and Vincent Wagoner were the rest of the top five finishers.

It was an all-female front row to start the Bomber A Main with Amy Clair and Taylor Dippman. Taylor Dippman would get the early advantage with her father, Craig Dippman, putting on the pressure in second. Craig eventually took the lead away from Taylor and led a good deal of the race. Kolin Schilt and Gabe Mueller would get by Dippman for the top two positions late in the race with Schilt going on to pick up the win. It was the second A Main win of the season for the Stryker, Ohio, driver. Mueller finished second with Craig Dippman slipping back to finish third. Jeff Foks Jr. and Scott Hammer rounded out the rest of the top five finishers.

The Bomber B Main capped off a great night of racing action at Oakshade Raceway. Curt Dickie out of Lyons, Ohio, had to work hard to fend off Donnie Ringman to take the checkered flag. Scott Barnhart started at the back of the field and climbed to a third-place finish with Logan Hough ending up fourth. Dave McMannamy finished fifth.

The Compacts will be back in action along with a full show of UMP Late Models, UMP Sportsman and Bombers this Saturday, June 12. Gates will open at 4pm with hot laps at 6pm and racing at 7pm. 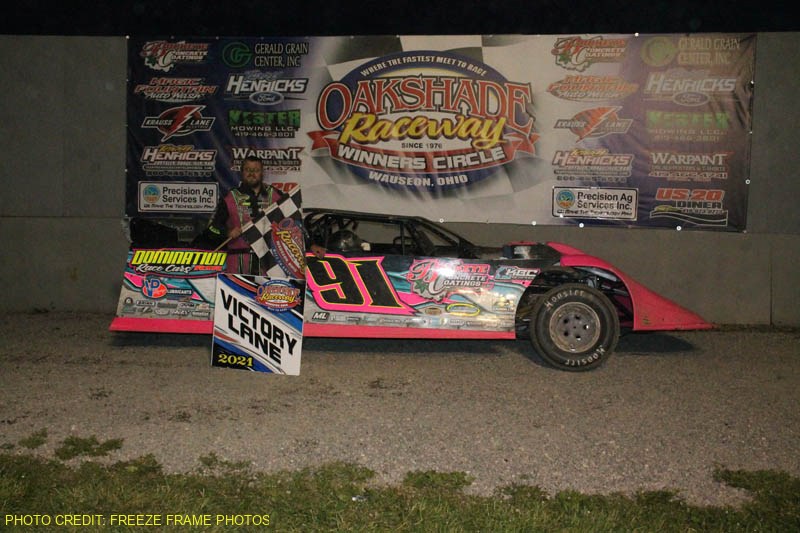 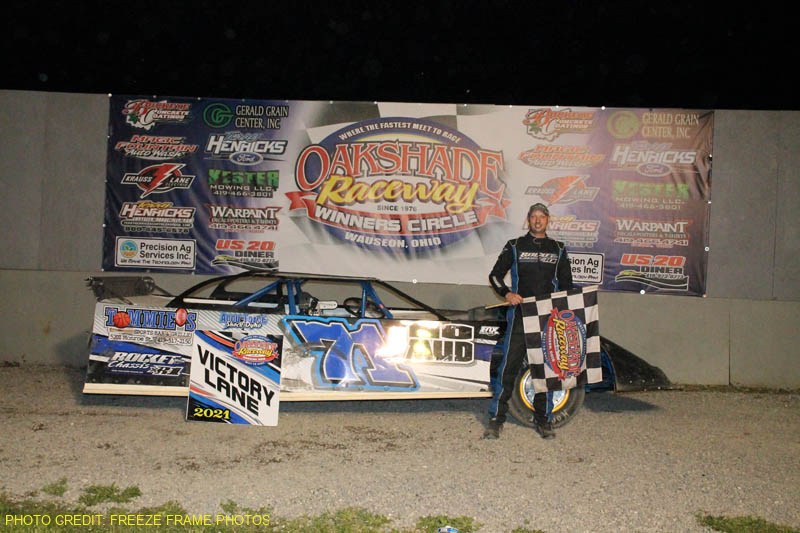 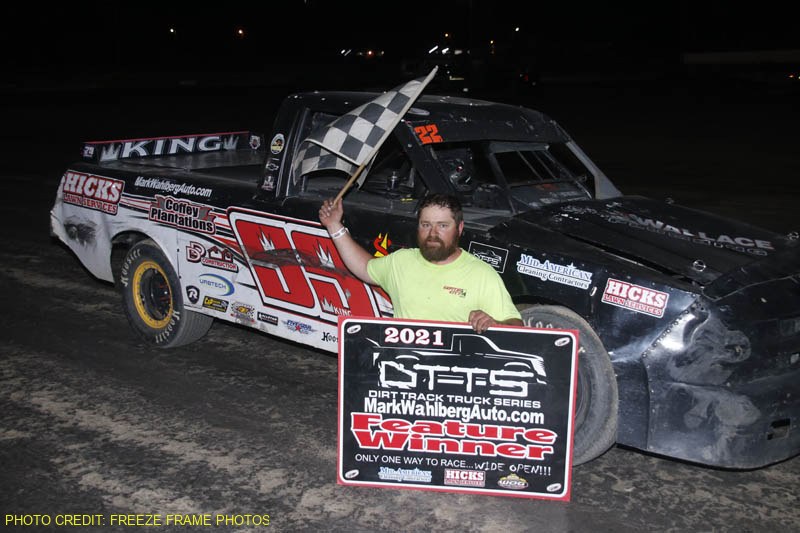 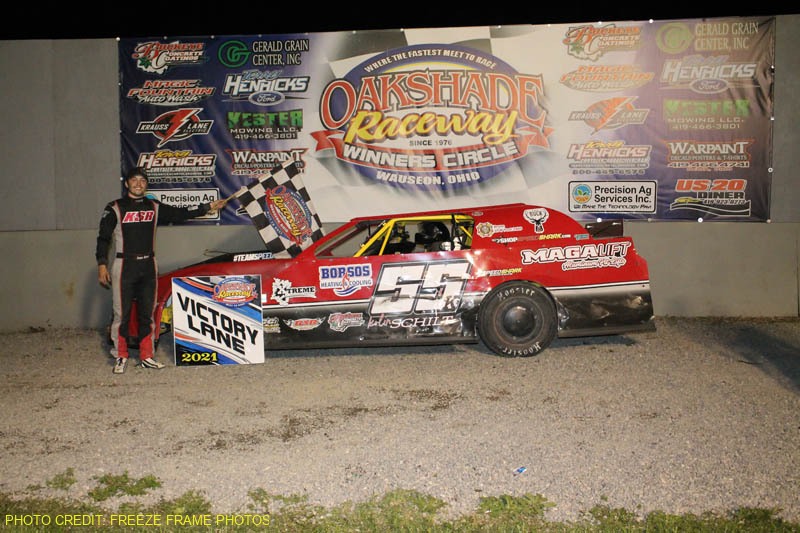 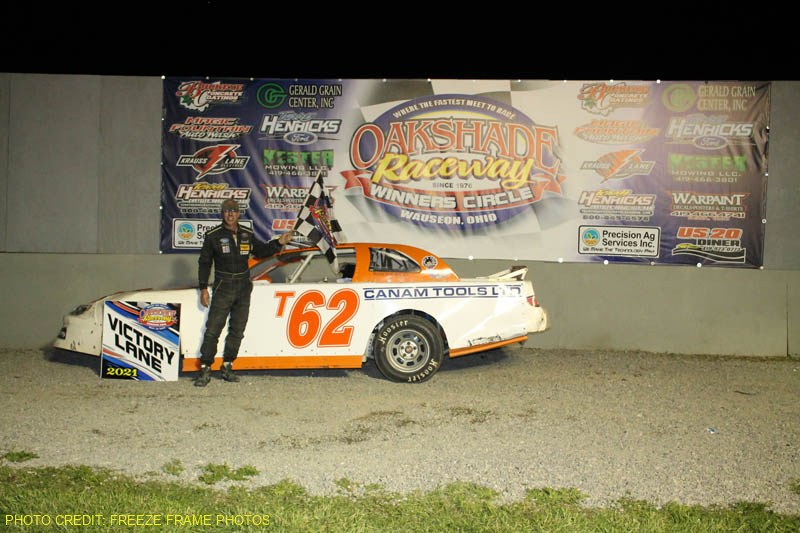 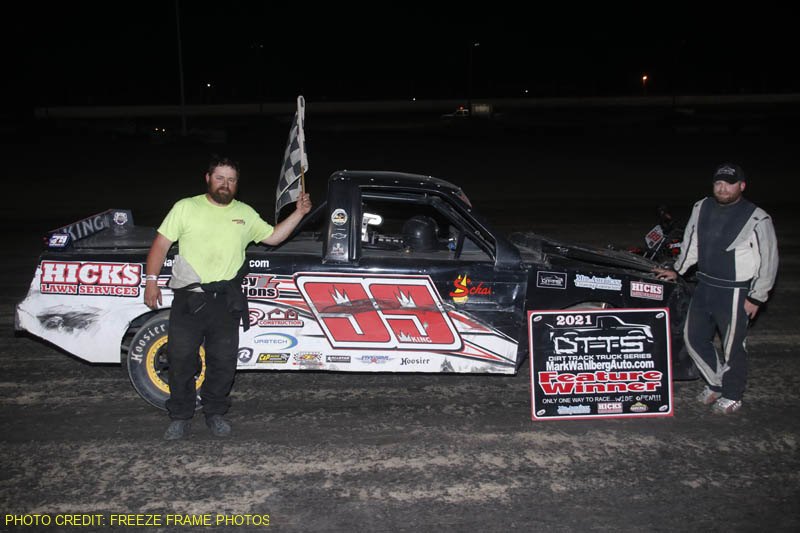