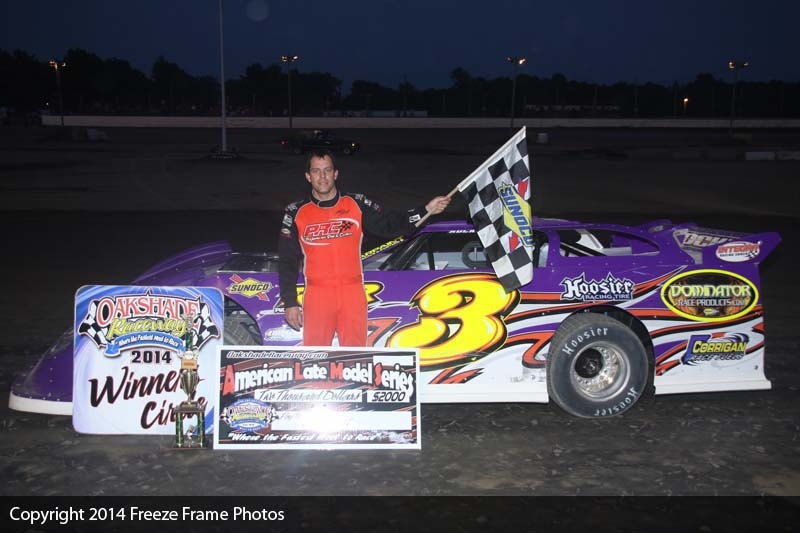 Matt Miller dominated the American Late Model Series (ALMS) presented by Sunoco feature at Oakshade Raceway, picking up his third feature win in the last four weeks as well as pocketing another $2,000.

Miller started on the pole and shot out to a commanding lead early in the 30-lap ALMS feature. Rusty Schlenk got by Jeff Babcock for second several laps in and tried to reel in the driver of the Rick Delong Racing number 3. Without the benefit of any caution periods, Schlenk was unable to catch Miller and had to settle for a second place finish. That finish was good enough to put Schlenk back in front of Brian Ruhlman on top of the Oakshade Raceway Late Model point standings. Steve Kester posted a third place finish with Babcock slipping back to fourth. Chris Keller finished fifth and ALMS point leader Brandon Thirlby ended up sixth.

Last week’s winner of both Sportsman Twin 25 features, Tim Line, snatched the lead at the start of this week’s feature event. A caution after Graeme Short rolled to a stop on the front stretch about halfway through the race tightened up the field behind Line for a restart. Grochowski was running second and couldn’t take advantage as Line once again pulled out to a sizable lead on his way to his sixth feature win of the year. Grochowski and Tim Fisher had a great battle for second in the final laps of the race with Fisher just edging out Grochowski at the checkered flag for second. Chane Stuckey was fourth with Rich Ruff finishing fifth after starting 16th.

Multiple cautions marred the first part of the Bomber A Main with Terry Rushlow leading. Tim Murphy’s top five run came to an end after trying to go three-wide under Jeff Foks and Gregg DeTray while racing for third. Murphy appeared to run out of room and spun after contact with Foks. Foks worked his way up to second by lap 10 and took the lead from Rushlow on a restart after a caution for debris. Chris Sands followed Foks by Rushlow to take over the second position. Sands was unable to challenge Foks for the lead as Foks went on to pick up his eighth feature win of the year. Sands’ second place finish kept him in the point lead by a single point over Foks. Rushlow held on to finish third followed by DeTray and Steve Morris.

John Martis spun on the first lap of the Best Performance Motorsports Compact feature and collected Brogan Rehklau to bring out an early caution. Cody Stetten started on the pole and led the entire distance of the race. Brandon Myers got by Cory Gumm for second and tried to challenge Stetten for the lead, but ended up finishing second with Gumm third. Last week’s feature winner Aaron Barrick finished fourth after starting at the tail of the field. Cole Walbolt was fifth.

Skeet Reckner jumped out to the lead at the start of the Bomber B Main after starting on the the pole. Chuck Stuckey raced Recker side by side for the lead early. Ray Albert was running third but bounced off the backstretch wall and retired to the pits. A short while later, Garry Domoe got into Stuckey while battling for second which sent both cars spinning. The yellow flag flew and both drivers had to restart at the back of the field. That put Dan Dippman up to second. Despite a barrage of cautions the remainder of the race, Dippman was unable to challenge Recker for the lead. It was the first feature win of the year for Recker. Dippman was second. Domoe fought his was all the way back up to a third place finish with Stuckey fourth. Duane Fletcher finished fifth.

Next weekend Oakshade Raceway will host the Tom Elling Memorial Australian Pursuit races sponsored by John Carr Rental Investments, John and Marianne Machacek, Kercher Engines, the family of Tom Elling and World Class Collision by Jeff Nulton. This event will be run in addition to a full racing program of UMP Late Models, UMP Sportsmen, Bombers and Best Performance Motorsports Compacts. The top ten in points in the UMP Late Models, UMP Sportsmen and Bombers will compete in the Australian pursuit races. Gates open at 4pm with racing at 7pm. 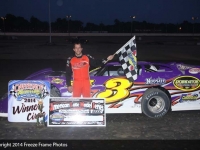 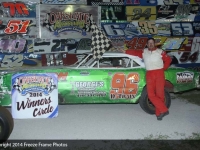 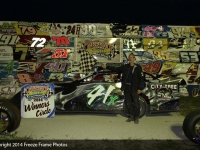 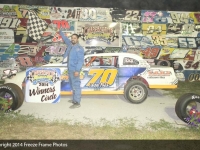 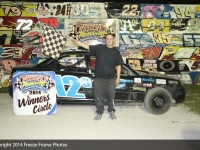