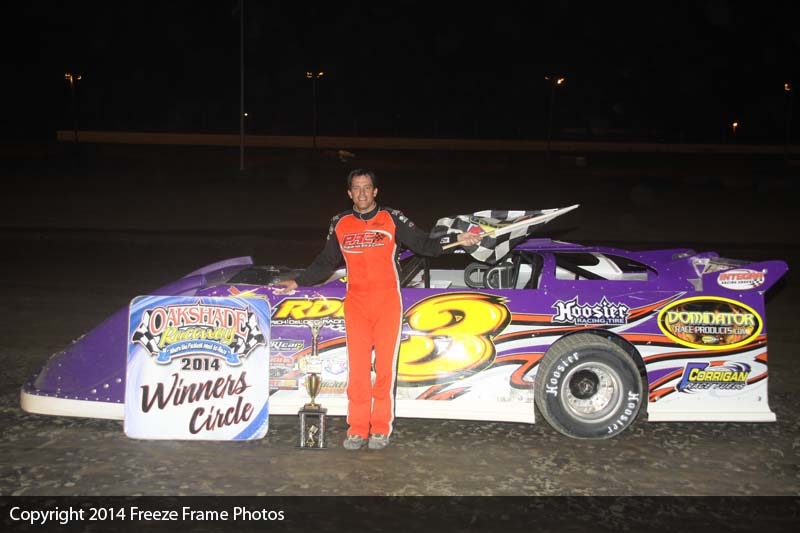 After wrapping up an unprecedented sixth UMP Late Model track championship the week before, Rusty Schlenk got the advantage over Coleman, Michigan’s Curtis Roberts at the start of the 30-lap ALMS feature. Noonan got to the inside of Schlenk a few laps later and battled side by side for the lead. Bobby Hutchins, who was running near the back of the pack, spun just in front of the lead battle to bring out the first caution flag of the race on lap six. Schlenk decided to switch things up and elected to restart on the inside lane where Noonan had been running. That put Noonan to the outside of Schlenk for the double-file restart. That strategy wasn’t enough to keep Noonan from taking over the race lead, which he did shortly after the restart. Another caution on lap 10 after Steve Kester slowed on the track with flat tire benefited Matt Miller who had worked his way into second. This allowed Miller to start alongside Noonan. After some hard racing and a bit of contact between both Miller and Noonan, Miller eventually took command and began to pull away from Noonan on his way to picking up the $2,000 win. Noonan came up on position short of making it five in a row and had to settle for a runner up finish. Schlenk finished third followed by Brian Ruhlman and Curtis Roberts.

Tim Line continued his UMP Sportsman domination at Oakshade Raceway with his ninth consecutive feature win. Line wasted no time finding the front of the pack after starting on the outside of the front row. Line opened up a sizable lead that was wiped out a few times by cautions. Bob Krumm mounted a bit of a late charge on the Monclova, Ohio driver but didn’t have enough to keep up. Krumm took second with Bruce Stuart finishing third. Jamie Grochowski was fourth with Rich Ruff fifth.

Chis Sands led the first part of the Bomber A Main after starting on the pole. Holland, Ohio’s Jeff Foks worked his way up into contention after starting seventh by lap four. Just after Foks took over second, Terry Rushlow and Curt Dickie got hooked together while battling for third. Both cars ended up in the backstretch wall. Three laps later, Foks made a nice move around Sands on the high side of turn four to take the lead. Foks pulled away and picked up his 10th A Main win of the season and put a little more distance between himself and Sands in the Bomber championship point standings. Sands held off Tim Murphy and Rick Dixon to keep from losing too much ground with a second place finish. Adam Lantz was fifth.

Brandon Myers and Brogan Rehklau pulled away from the rest of the drivers early in an exciting Best Performance Motorsports Compact feature event. Rehklau, from Waldron, Michigan, got along side Myers after a lap two restart. The two drivers raced side by side for a lap and then Rehklau ducked back in behind Myers. Following another restart one lap later, Rehklau, John Martis and Aaron Barrick fanned out four-wide for the lead under Myers. After things settled back down, Myers was able to maintain the lead with Rehklau pressuring until the final lap. As the leaders approached a slower car, Myers had to check up and Rehklau pounced to the inside to take the lead coming off of turn two. Myers got back to the inside of Rehklau on the backstretch and had the advantage entering turn three, but Rehklau stayed in the gas coming off turn four on the high side to take the win by just a few feet ahead of Myers. Martis finished a very close third. Barrick and Jeff Goodman rounded out the rest of the top five finishers.

Carnage ruled in the Bomber B Main that also had quite a few lead changes. Chuck Stuckey was first to lead when Ted Hill, who was running third, got crossed up in turn three and collected Ethan Gehring, Terry Rump, Tim McNicol and Tim Hancock. Gehring had escaped the first incident without stopping and got his spot back for the restart. He challenged Stuckey for the lead and then spun down the front stretch coming off turn four and once again collected Rump and McNicol. The next caution involved the leaders when Stuckey got loose with the lead and clipped second place Justin Gamber. Things stacked up behind and another caution flag flew. Gamber took over the lead next with Tim Hancock and Clayton, Michigan’s Donovan Paskan challenging. Both Hancock and Paskan got by Gamber with Paskan taking the lead. Hancock and Paskan raced hard for the lead on the final lap, but Hancock lost it in turn four and spun in front of the field causing another big pile up as Paskan took the checkered flag. Chuck Faller avoided all the incidents to finish second. Gamber slammed into Hancock’s car in the final corner but was able to finish third ahead of Taylor Dippman and Truck Robertson.

Steve Morris got by Nathan Goodman for the lead early in the Bomber C Main. Unfortunately for Morris, things went from bad to worse. He pushed up high coming off turn four and lost the lead back to Goodman and then proceeded to do a complete 360 in turns one and turn and again the same lap in turn four which eventually brought out the yellow flag for some other cars that got stacked up behind. Goodman, out of Waterloo, Indiana, went on to pick up the feature. Dylan Hough was running right behind Goodman on the final lap, but spun coming off turn four. That allowed Dave McMannamy to take second followed by Robert Meinen, Henry Walls Jr. and Jarrett Rendel.

Oakshade Raceway is set to host the Allstar Performance Michigan Dirt Cup Modifieds on Saturday, September 6th. The 30-lap feature will pay $1,500 to win and $200 to start. UMP Sportsmen, Bombers and Best Performance Motorsports Compacts will also be in action. Gates open at 4pm with racing at 7pm. 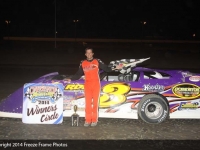 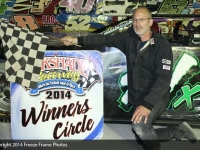 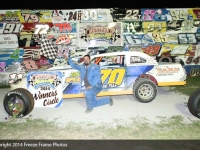 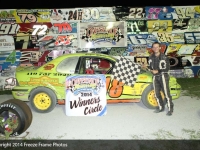 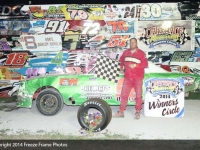 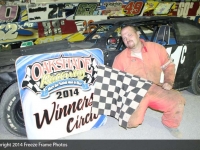