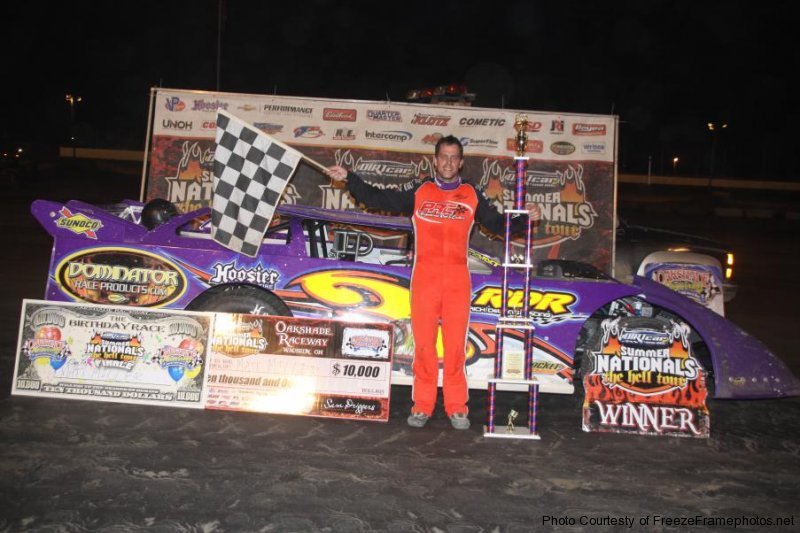 The Summer Nationals series began a little over a month ago on June 12, 2013 at Brownstown Speedway and drivers in this grueling series competed at tracks all over the Midwest almost every night leading up to Saturday’s Birthday Race at Oakshade Raceway where Brandon Sheppard from New Berlin, Illinois, was crowned champion.

Unfortunately for Sheppard, he was unable to finish off the series with a fifth feature win. He suffered mechanical issues on lap 22 of the 60-lap feature event and retired early to the pits already having racked up more than enough points to claim the series championship.

At the start of the 60-lap Birthday Race feature, Casey Noonan and Jeep Van Wormer had an epic battle for the lead with Van Wormer eventually taking the top spot. Matt Miller started ninth and climbed up to third by lap 13. A few laps later on lap 19, Wayne Chinn rolled to a stop in turn two which brought out the first caution with Van Wormer leading Sheppard and Miller. Miller wasted little time in passing Sheppard for second after the restart which is when Sheppard’s problems began, forcing him out of the race.

Miller, the 1991 Oakshade Raceway Late Model Champion, made short work of Van Wormer and proceeded to put on a clinic after taking the lead on lap 23. After getting caught up in a hard crash a week earlier, Miller’s crew had the Rick Delong Racing number 3 hooked up as he dominated the rest of the race. Miller drove smooth through traffic lapping all but the top six cars. Miller earned the $10,000 pay off with his commanding win, which was his second Birthday Race victory. The first of which was in 2008.

The UMP Summit Racing Modified Nationals also wrapped up their series with some great feature race action. Aurora, Indiana’s Matt Hamilton grabbed the early lead of the 30-lap feature after starting on the outside of the front row with Mark Anderson running second. Anderson spun on lap two and collected Taylor Cook and Hillard Miller who were all running in the top five. That moved Dona Marcoullier up to second, but he was unable to challenge Hamilton for the lead. Jeff Babcock, one of many drivers doing double duty and racing both UMP Late Models and UMP Modifieds, made a bid for second about halfway through the race when he went three-wide on the outside of Steven Books and Marcoullier. Babcock was then able to reel in race leader Matt Hamilton by lap 22 and a few laps later had the lead. Hamilton fought back and reclaimed the lead for a short time on lap 26 while the two drivers negotiated through slower traffic. A caution just before the finish set up a two-lap shootout to the finish with Babcock in the lead and Hamilton running second. It also gave Brian Ruhlman an opportunity after marching his way up to third after starting 15th. Neither Hamilton nor Ruhlman were able to mount a challenge on Babcock as he went on to pick up the checkered flag. Hamilton was able to fend off Ruhlman for second, with Collin Thirlby and Steven Brooks rounding out the rest of the top five finishers.

The youngsters in the four-cylinder Hornet class finished off the night with their feature event which saw five-time feature winner this season Cody Laney retire from the race early. After some four and five wide racing at the drop of the green flag, Brandon Myers found himself at the point and he went on to an easy victory over Brandon Leighton, Chevy Farmer and Taylor Holland. It was his first feature win of the season.

The Sportsman Twin 25’s are on tap for this coming Saturday, July 27 with two full 25-lap feature events. They will be joined by the UMP Late Models, Bombers, Hornets and Sport Compacts for a full night of racing beginning at 7pm. Gates open at 4pm. 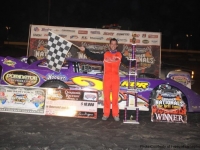 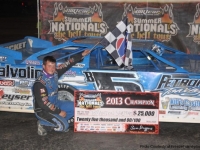 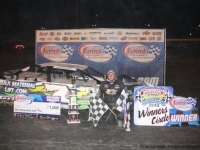 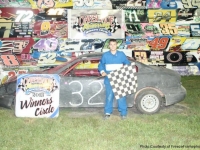