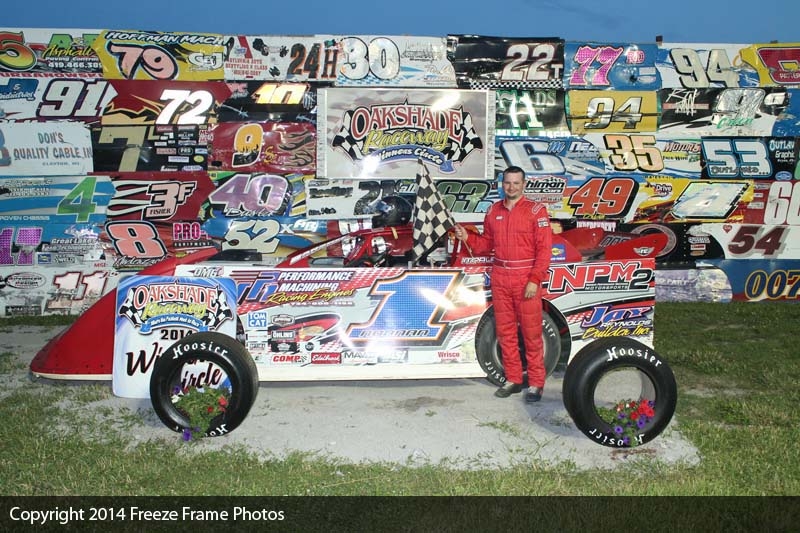 Saturday night was the “Night of Wheels” at Oakshade Raceway where 60 donated bicycles, trikes and other wheeled children’s toys were given away to a bunch of very happy kids. In addition to the sea of smiling young faces, was the smile on Casey Noonan who earned his first Oakshade Raceway feature win of the season.

Jeff Babcock took the lead at the start of the 25-lap UMP Late Model feature from his outside front row starting position. Pole-sitter Casey Noonan chased him down and made the pass under Babcock after he pushed up a bit in turn two. A few laps later, Rusty Schlenk and Babcock staged a heated battle for the second position. The two drivers traded spots a couple times until Schlenk tried to dive under Babcock going in to turn three, but pushed up into him in turn four. The contact dropped Babcock back a couple positions and Schlenk received a warning for rough driving. A caution flag for Brad Eitniear’s spin on lap 18 tightened the field back up behind Noonan with Schlenk second. Once the green flag dropped again, Schlenk got shuffled back as Noonan once again pulled away and eventually picked up the victory. Chris Keller finished second with Steve Kester in third. Babcock got back by Schlenk to finish fourth with Schlenk rounding out the top five. With Brian Ruhlman finishing sixth, Schlenk was able to maintain his slim five-point advantage over him in the point standings.

Joe Derbeck started on the pole of the Sportsman feature event and held the lead until Tim Line took over on lap three. Line proceeded to pull away to a half track advantage over Derbeck in what are usually closely contested Sportsman feature events. Line went on to pick up the easy win which was his third of the year. The win also gave him a 67 point advantage over last week’s feature winner, Mike Jessen, in the standings. Derbeck held on to finish second with Jamie Grochowski finishing third after starting in tenth. Steve Meeks took fourth and Chester Fitch was fifth.

Skeet Reckner and Duane Fletcher wrecked hard on the backstretch on the first lap of the Bomber A Main. The two cars wouldn’t separate and were both dragged into the infield so that the race could restart while track workers attempted to get the two cars apart. Last week’s first-time winner, Chris Sands, started on the pole and immediately took command of the race. Sands set sail and pulled away from the rest of the competitors while Gregg Detray and Terry Rushlow had a heck of a battle for second. Those two drivers battled side by side almost the entire race. Sands easily won his second A Main in a row while Detray was able to fend off Rushlow for second. Curt Dickie finished fourth and Steve Morris ended up fifth after starting 17th. With the win, Sands made things a bit more interesting atop the Bomber point standings. Sands is now just two points behind point leader Terry Rushlow and Jeff Foks sits just 11 points back in third.

The Best Performance Motorsports Compacts feature race had the most lead changes of any of the night’s main events. Aaron Barrick led the first two laps. A caution after Regan Ford got turned around on lap two would end up costing Barrick the lead. Terry Rushlow Sr. and Brandon Myers split three-wide around Barrick on the restart to take over the top two spots. Rushlow managed to finally get in front of Myers after some side by side racing, but John Martis shot around the outside and took the lead a couple laps later. Martis went on to pick up his second consecutive Best Performance Motorsports Compacts feature win with Myers in second. Cody Stetten got by Rushlow to finish third and Barrick slipped back to end up fifth.

Josh Montague started on the pole of the Bomber B Main and managed to lead the entire distance despite a stiff challenge from Charles Stuckey for most of the race. The field was kept tight by multiple cautions, but during the green flag runs, Stuckey tried to use the bottom to get by Montague. Stuckey managed to get alongside Montague on several occasions, but when the checkered flag flew, it was Montague who was out front. Stuckey settled for second followed by Statch Crispen, Joe Heffner and Pete Herman.

Saturday, July 5th is Memorial Night at Oakshade Raceway. Lap sponsorships in memory of loved ones are still available for the feature events. Leaders of each sponsored lap will be awarded that money. Contact Oakshade Raceway if you are interested in purchasing a lap sponsorship. A full racing program of UMP Late Models, Sportsmen, Bombers and Best Performance Motorsports Compacts will be in action. Gates open at 4pm with racing at 7pm. 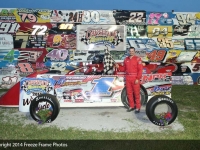 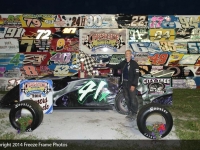 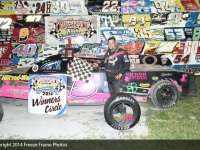 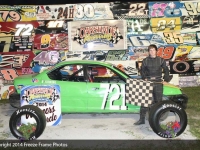 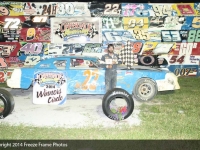